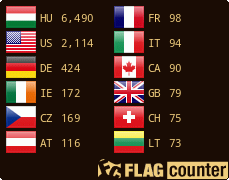 In Medias Brass was formed in January 2010. Its members got their degree at the Franz Liszt Academy of Music. The ensemble – just a bit more than three years into its existence – has been well placed on seven noted international competition in Jeju (South Korea), Passau (Germany), Stanjel (Slovenia), Osaka (Japan), Chieri (Italy), Lyon (France) and in Knoxville (Tennessee, USA), where they won five first prizes, two second prizes and special prizes too.

Beside Hungary, they had several recitals in Germany, Italy, France, Switzerland, the United States of America, Poland, Dubai and South-Korea. In Daegu, South-Korea they gave masterclasses, too. In November 2011 they were given the „Junior Prima” title, which is the highest award for young and talented people in any field of art in Hungary. In 2012 they were promoted by Hungarofest management, through their Talent Program.

Their concerts, due to their artistic and technical aptness are simultaneously characterized by virtuosity and intimacy. The repertoire of In Medias Brass ranges from pieces dating from the Renaissance period to arrangements and works written for brass quintets to the most recent contemporary pieces and is constantly expanding. They gladly play pop music pieces, among which everybody can find their favorite whether it be soundtrack from a film, ragtime or Latin jazz. They find it important that each and every one of their concerts is worthwhile and that the audience not only realizes the potential brass musical instruments have but also undergo a wonderful musical experience.